The Zagato Angle Part One

The angular Aston Martin V8 Zagato is not a car which people point to when asked to identify their favorite supercar, most regular folk don’t know what it is, and Bond never drove one. Enough reasons to make it unpopular with the general public. There is, however, a sound reason why it’s growing more popular with collectors: over time it has become an exceedingly good investment. 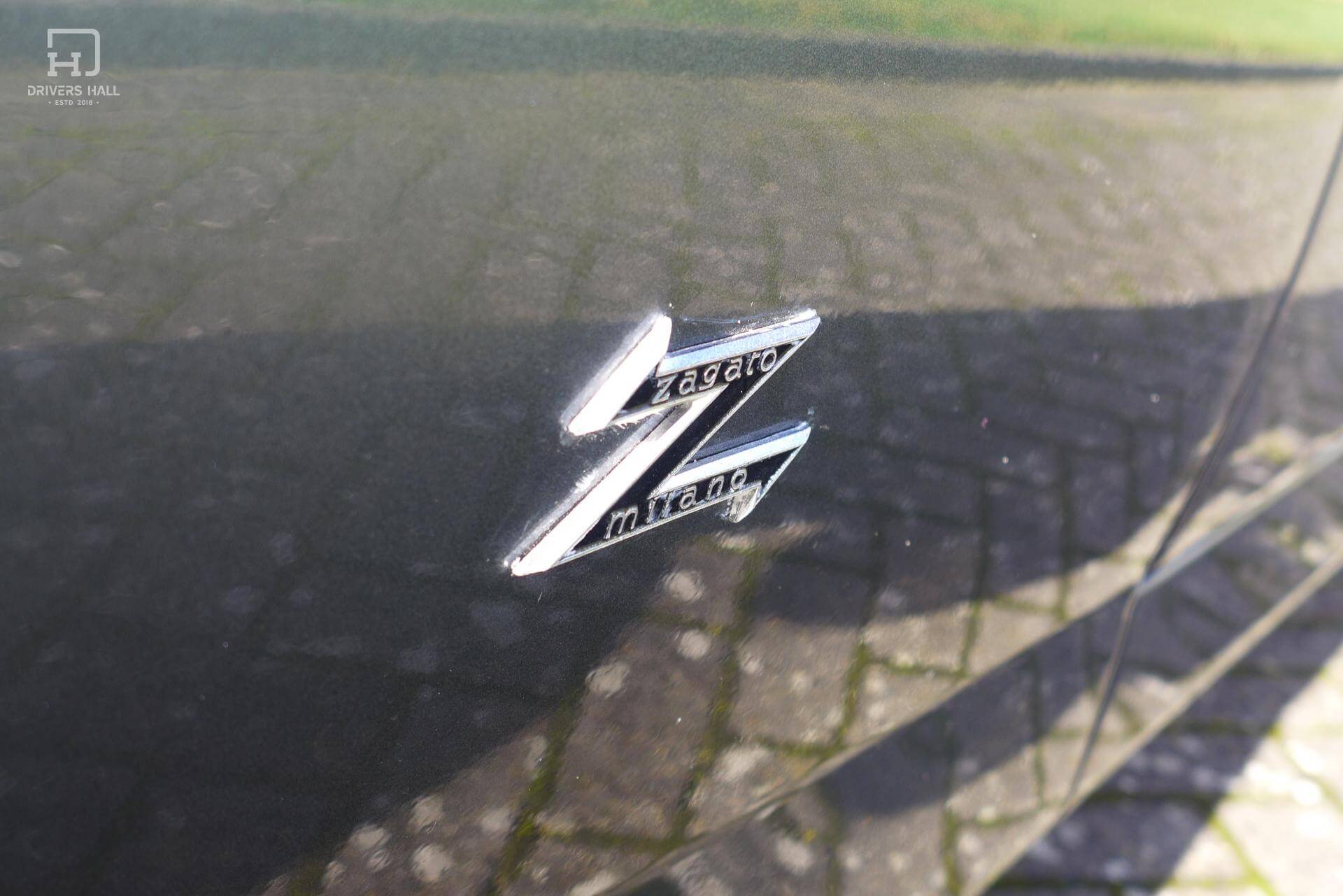 It all started at the Geneva Motor Show in 1984, when by pure chance Aston Martin’s stand found itself next to Zagato’s. Victor Gauntlett started wondering if a limited run of Zagato-penned Astons would sell, and AML owner Peter Livanos walked over to the Ferrari stand to see the stampede of people trying to catch a glimpse of the limited-production 288 GTO. Another crowd gathered at the Porsche stand, where the 959 was being previewed for the second time (the first was at the previous year’s Frankfurt show). Another limited production run, potentially bringing in shovelfuls of cash to Zuffenhausen. The memory of the stunning DB4 GT Aston, a Zagato masterpiece, was still very much vivid, even though two and a half decades had passed. The AML chairman sat down with Elio and Gianni Zagato, and proceeded to discuss the possibility of building a visually fresh supercar on the existing V8 Vantage chassis. The mechanicals were by then getting a bit long in the tooth, and it was obvious to all the participants, in what must have been an epic discussion, that a lighter, more streamlined solution was required. Gauntlett remembered a special lightweight Vantage mule displaying some promising performance, but the engine seemed to be developed as far as it would go (with hindsight, the wrong conclusion…), and to get orders from people who could order any supercar in the world the new Aston had to be much faster. The Geneva show ended, and a preliminary agreement had been reached. 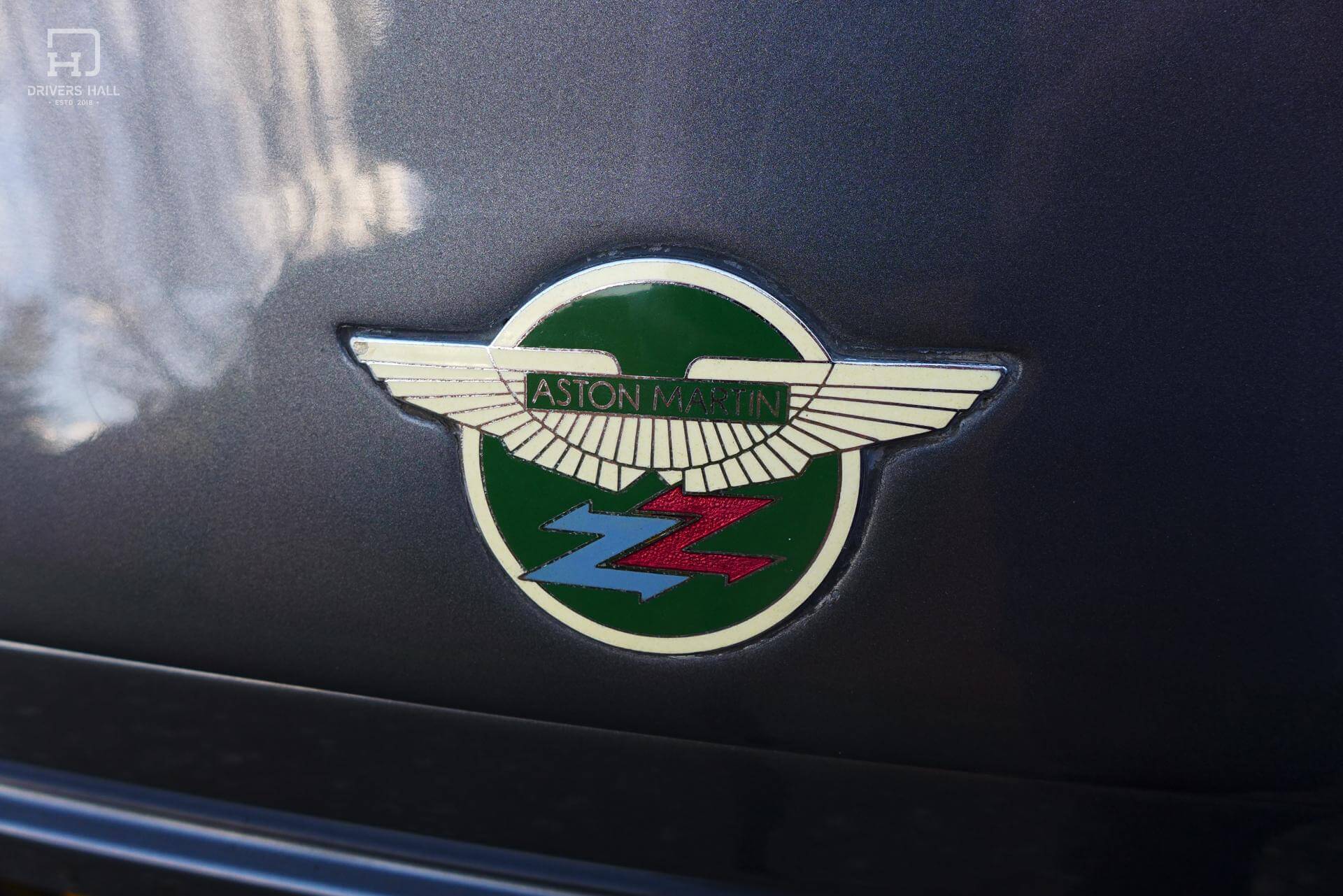 In July an Italian delegation traveled to Newport Pagnell to present an early sketch and to discuss the economic side of things. Gianni Zagato was accompanied by Giuseppe Mittino, his chief stylist. The angular, sleek concept was approved in principle, and both AML and Zagato agreed that a production run of about 50 cars would strike a perfect balance between the initial investment, the necessary tooling costs, the “limited production effect” and profitability. Already in March the following year a finalized styling sketch was ready and it was made public. Prospective customers were invited to place deposits in order to secure their orders. They did so on the basis of Mittino’s styling sketch alone. No mockup was made, no full scale model, nothing but the sketch. All 50 cars sold easily by the end of August, 1985, but before that happened, Gauntlett chartered a plane which flew customers and dealers to Italy, so that they could see the first prototype being built. That kept them happy for many months. 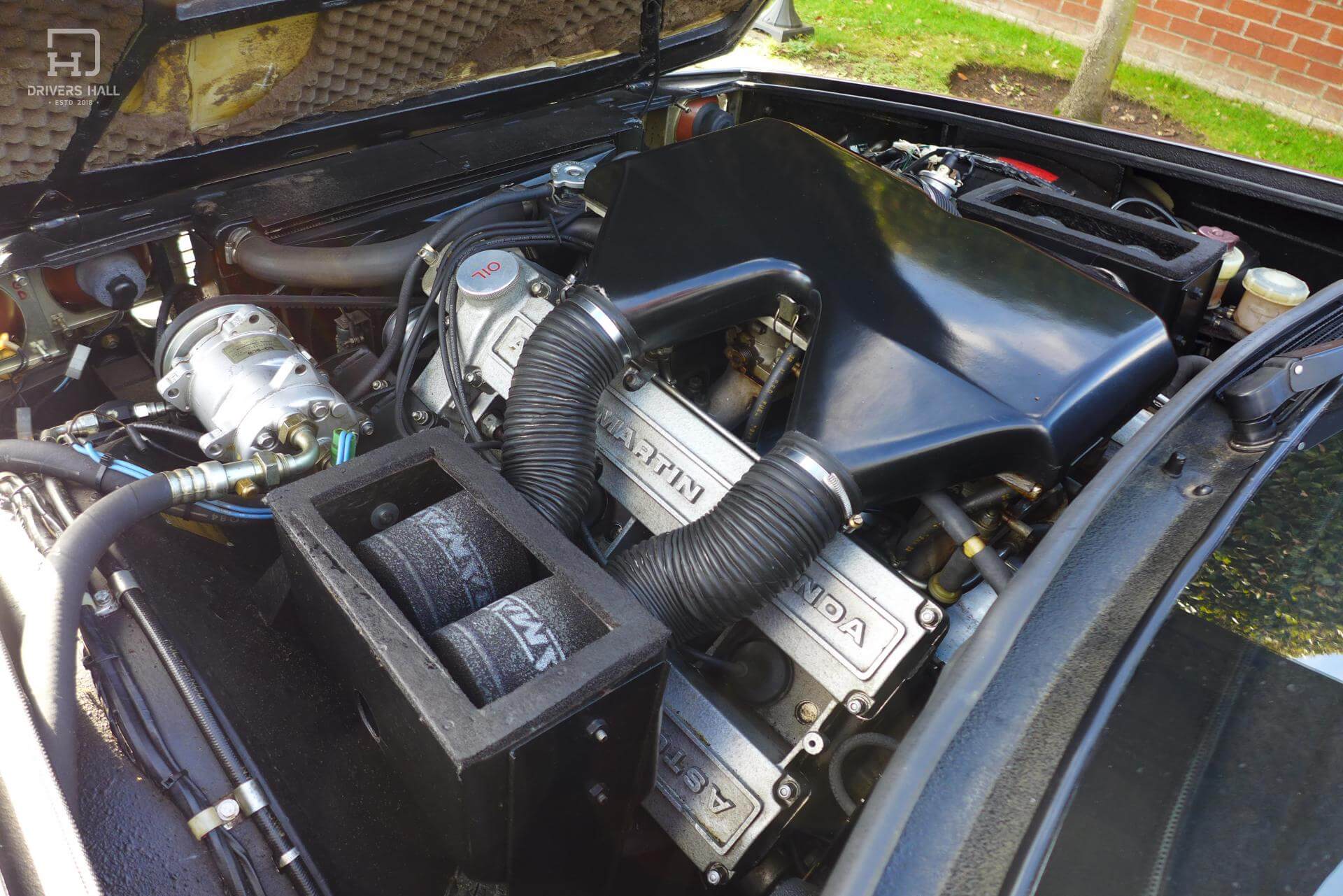 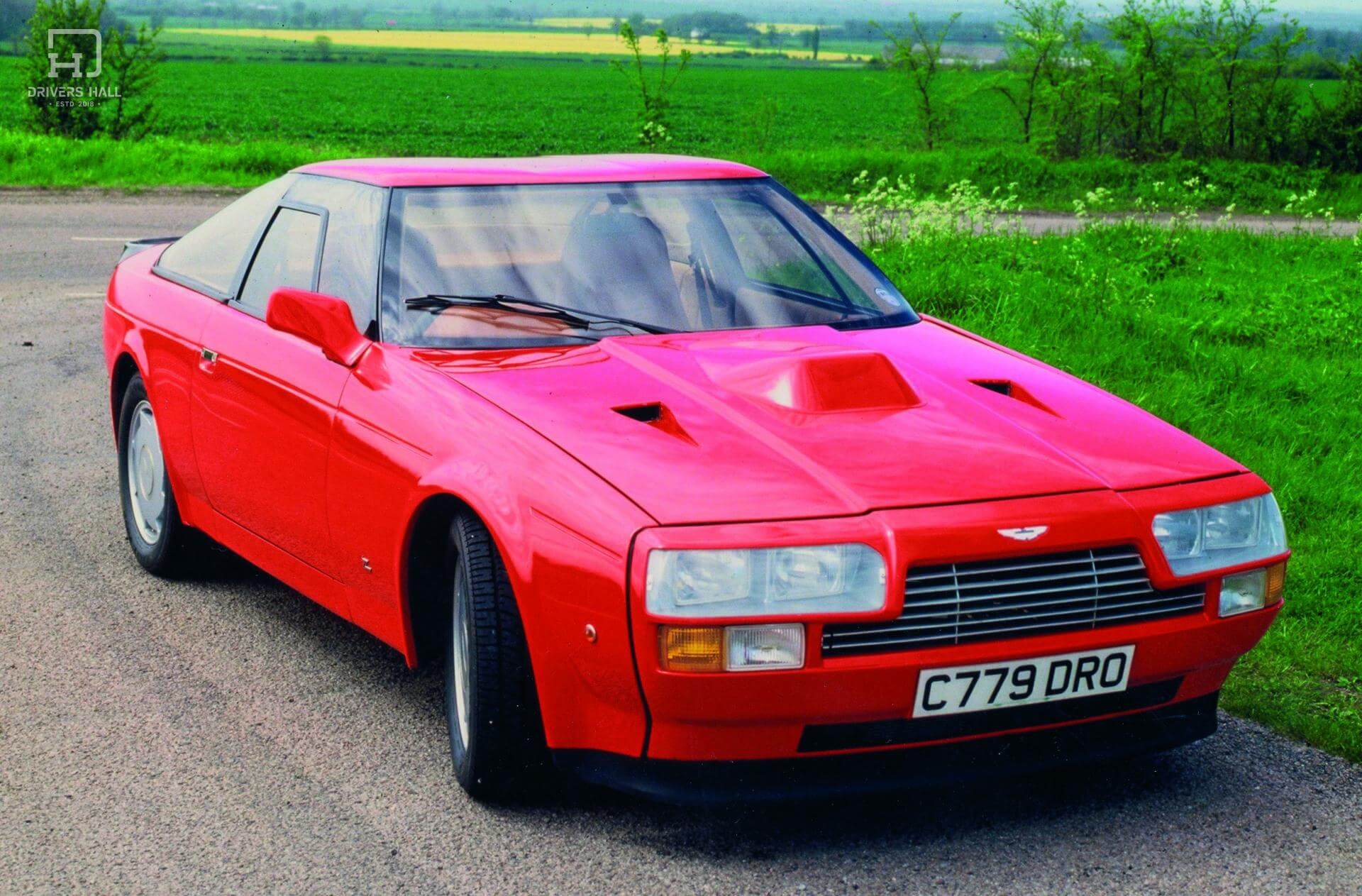 Full-scale drawings of the car were made ready, and attachment points for the new body were engineered. The body was mounted on what was basically a standard V8 Vantage X-Pack chassis, preserving the same wheelbase, but the carburetor stack made its impossible to clear the low-slung engine cover, and a bulge was necessary. Some critics still today contend that it is unsightly, while I believe it actually made the car appear more muscular and more powerful. Most of the body panels were hand-formed out of aluminum on a wooden body buck, with the nose and the rear bumper fashioned out of a GRP/Kevlar composite with a polyurethane foam filling with steel reinforcements. The windows were all mounted flush with the body to improve aerodynamics, and only a small section of each side window could be lowered in order to hand in parking tickets and so on. The roof had a subtle double bubble shape, a Zagato signature styling cue, and there are various Zagato logos on the vehicle, including the front fenders behind the wheels, on doorhandles and a special Aston Martin Zagato badge on the trunk lid. The car had a stereo and air conditioning as standard, but the majority of the interior trim was designed by Zagato in such a way as to keep the weight down (the car’s kerb weight was 1650 kg). 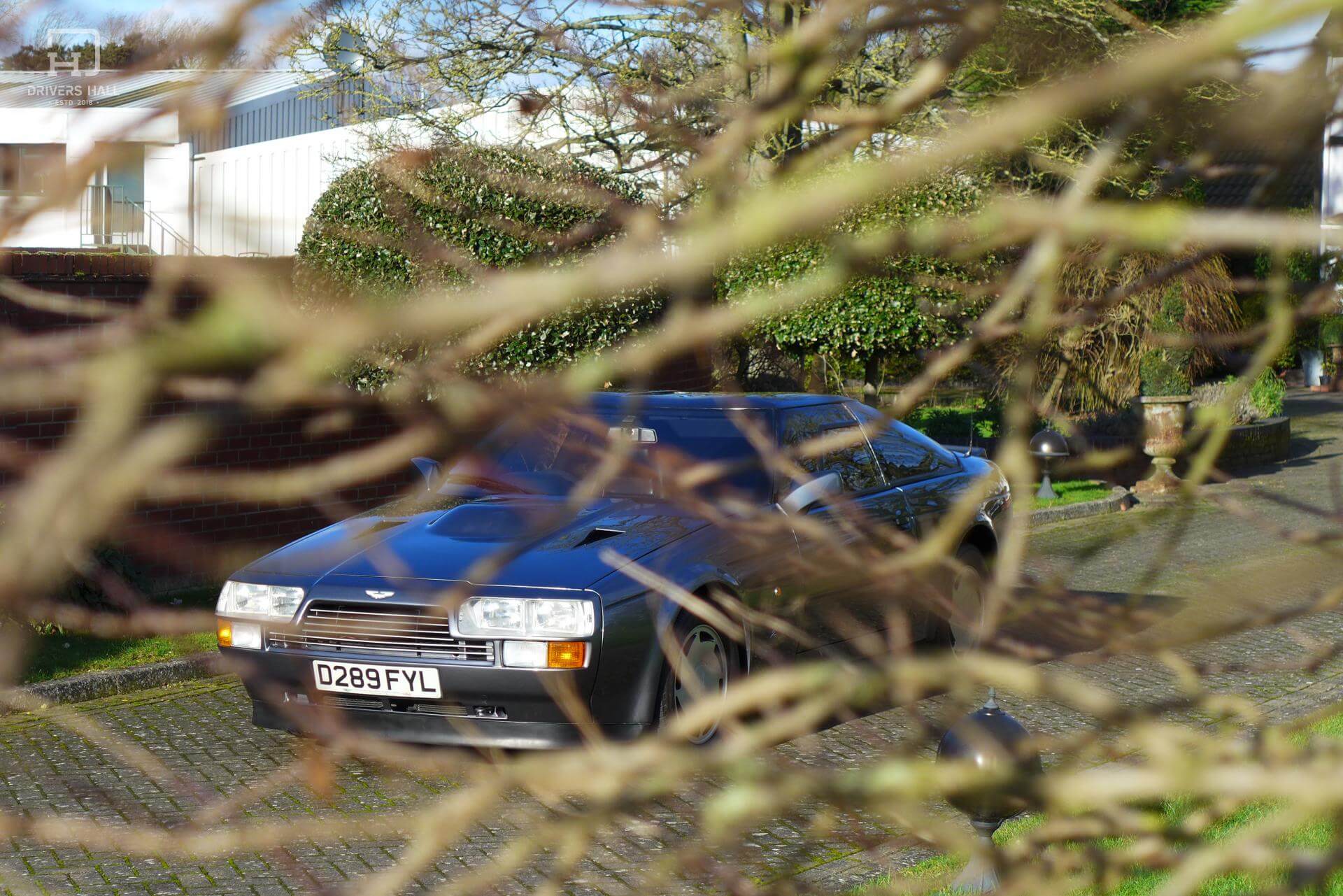 Chassis were shipped from the UK to Zagato, where the bodies were built, painted and trimmed, and then the complete cars were shipped back. If anyone sees a similarity to the fate of the much later Cadillac Allante, no, this wasn’t a similar disaster, this process was well planned and actually still produced a profit. The car was powered by the 410-horsepower Vantage motor with quadruple Weber carbs, driving the rear wheels via a 5-speed ZF dogleg gearbox and an LSD. The customers were told the car would reach 300 kph (187 mph) and that it would run the 0-60 mph sprint in 4.7 seconds, although real-life performance tests never seemed to get quite the same figures (although they got close to them). The aerodynamics, however, were excellent, with a drag coefficient of 0.32 confirmed in the Southampton University wind tunnel (the rear spoiler was functional and resulted from the same research). Braking was handled by 273 mm vented discs at the front and 263 mm inboard discs at the rear. The elegant rims were made by Speedline and shod with Goodyear Eagle 255/50 ZR16 rubber. Two cars were prepared for competition and were raced, one of them by Rowan Atkinson. Both survive. 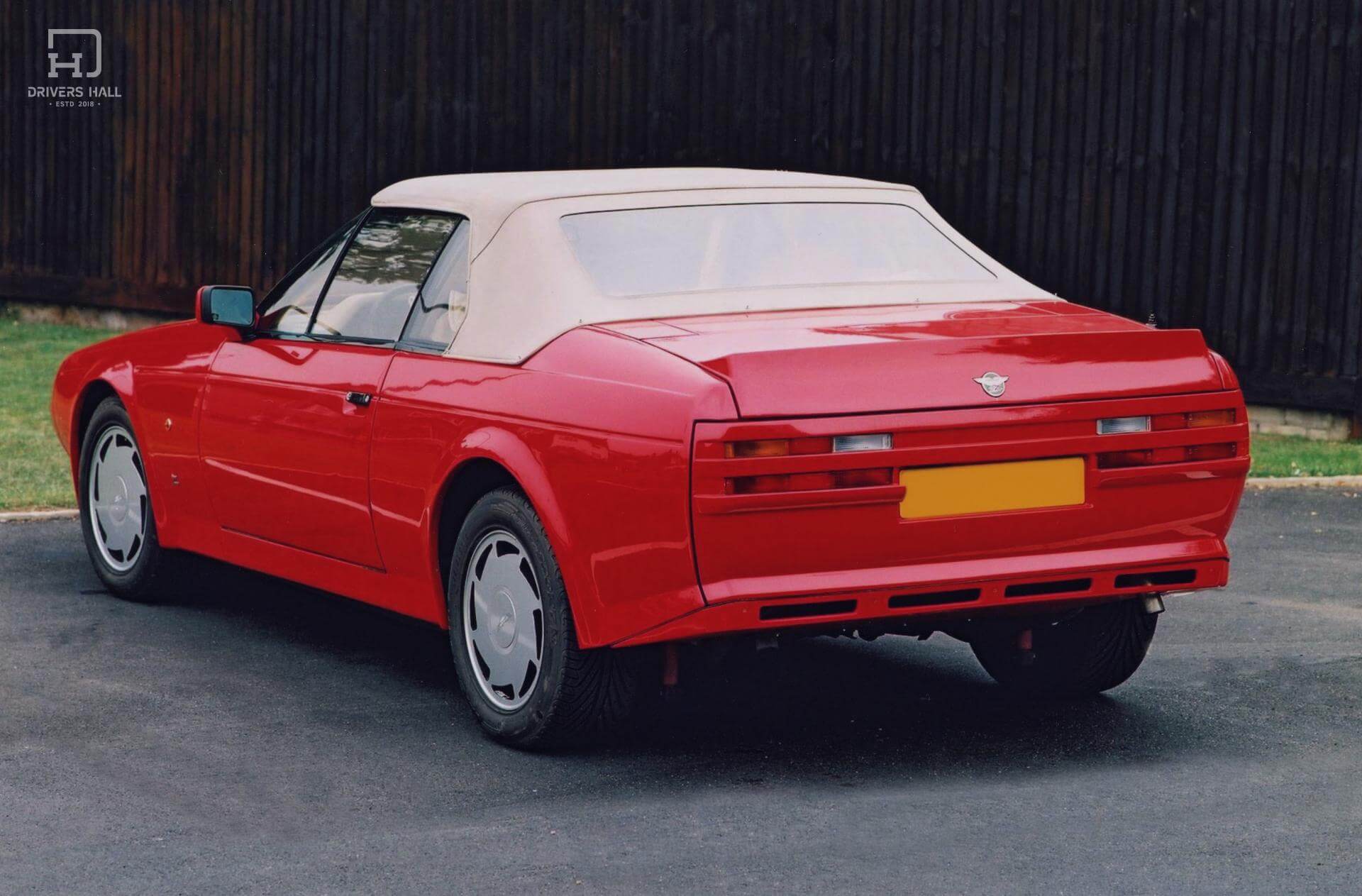 52 cars were built in total out of the planned 50, therefore resale value was not affected by the manufacturer diluting the breed and giving in to temptation to sell more units (the car retailed for £97,000). As customers were still asking to be permitted to order a car after the order book closed, the decision was taken in November, 1986, to produce a run of 25 convertible Zagatos with less powerful engines in order not to affect the value of the existing coupes. The car, which was to be offered at £125,000, was manufactured in precisely the same manner as the preceding coupe, with small differences: Newport Pagnell sent complete rolling chassis units to Zagato, where they received additional bracing under the waistline to compensate for the lack of the roof (allegedly the torsional stiffness was better than that of the coupe!), the body and interior trim was built up, and the complete cars returned to England for fuel system flushing and test drives, plus a valeting to prepare them for the handover to customers. They were powered by regular (not Vantage-spec) V8 engines, equipped with the Weber-Marelli injection system, hence no need for the engine cover bulge. The convertibles, called “Volantes” in Aston-speak, had a different nose with pop-up headlights, fully retractable side windows, a plastic rear window and a tonneau cover. Each weighed in at 1782 kg, and with the 305-hp engine their performance was more leisurely than that of the coupe: 0-60 mph in 5.5 seconds, and the top speed was equal to 249 kph (155 mph). In total 37 V8 Zagato Volantes were built, including two prototypes. Some cars later received the front of the coupe and the bulged engine cover, however, to keep marque archivists busy, plus bigger capacity engines, some were modified into Vantage Volantes by the Works Service at the additional charge of £30,000 each.