The 911 entered its tenth year in 1973 and the second generation of the rear-engined car was launched.. The Stuttgart-based car manufacturer used powerful turbo engines in its top model and a galvanized body for every vehicle, and additionally launched a Cabriolet version of the 911 and the Speedster on the market in addition to the Targa.

The stricter safety regulations in the USA demanded that all new cars withstand a collision at eight km/h without damage when driving forwards and reversing. Zuffenhausen therefore introduced the characteristic impact bumpers with a rubber lip in front of the luggage compartment lid (and the accordion rubbers on the sides). These bumpers could be compressed by up to 50 millimetres without any damage to important vehicle parts. The collision energy was absorbed by flexible impact absorbers on the US version, and Porsche offered these as an option for all other markets. Safety in general was very important for the second 911 generation. Standard three-point seat belts and front seats with integrated head restraints and impact-absorbing surfaces in the newly designed sports steering wheels were prominent.

The six-cylinder engine in the standard 911 already featured the 2.7-liter displacement of the 911 Carrera RS of the previous generation right at the start. This increased to 3.0 liters shortly afterwards. As from 1983, this increased again to 3.2 liters, with a power output of up to 250 hp for the 911 SC RS. The enormous development potential of the air-cooled flat engine meant that there was always room for improvement.

Porsche started its Turbo adventure by actually buying a Ford Capri with an aftermarket turbocharging kit, but soon developed its own sophisticated solutions. The 3.0-liter flat-six engine at the rear of the 911 Turbo reached much higher power levels as from 1974. The turbocharger technology initially powered this super sports car with 260 hp. From 1977 onwards, an additional intercooler and an increase in displacement to 3.3 liters provided an extra boost – the result was an impressive 300 hp. This translated into performance values that were practically unrivaled in the middle of the 1970s: 5.2 seconds for the sprint from zero to 100 km/h was just as unbelievable as a top speed of more than 260 km/h. Another legend was born with the Turbo.

Nevertheless, dark clouds were gathering on the horizon: new sports cars from Porsche with transaxle technology (engine at front, transmission at the rear axle) such as the 924 and 944 model series with four cylinders and the 928 series with eight cylinders were intended to replace the “obsolete” 911. However, the transaxle heirs to the 911 throne did not establish themselves and the demand for the evergreen remained as high as ever. Porsche then took the right decision: a change in strategy. The future of the 911 was therefore secured for the time being. As from 1982, a Cabriolet version was also offered for the first time alongside the Coupé and Targa. This was even followed by a 911 Carrera Speedster in 1989, marking the end of the second 911 generation – 2,103 of these were delivered with the turbo-width body and only 171 in the slim export version. The G model was built in the period between 1973 and 1989, and Porsche produced 198,496 of these vehicles during these 16 years.

The G is, of course, easier to drive than the preceding model, but it’s also considerably faster. This is the first “real” 911 with the performance to match the visual promise. A car in fine technical shape can be used as an everyday driver, and if you are planning to use one a lot, go for the post-1983 version with the superior G50 gearbox. It is not easy to shift gears with the older 915 transmission, but every shift, every corner exit is more rewarding and much more satisfying if you get it right: the choice is yours. The Turbo is very fast for the period, and a real handful in the wet. If you don’t have racing or rally experience, treat it with a lot of respect. The unassisted steering goes light, on all G-series cars, when, driven on the limit, the 911 lifts a front wheel off the ground due to insufficient torsional stiffness of the body. Things get really hairy then. Driven below the limit, the car on the correct tires is quite manageable. 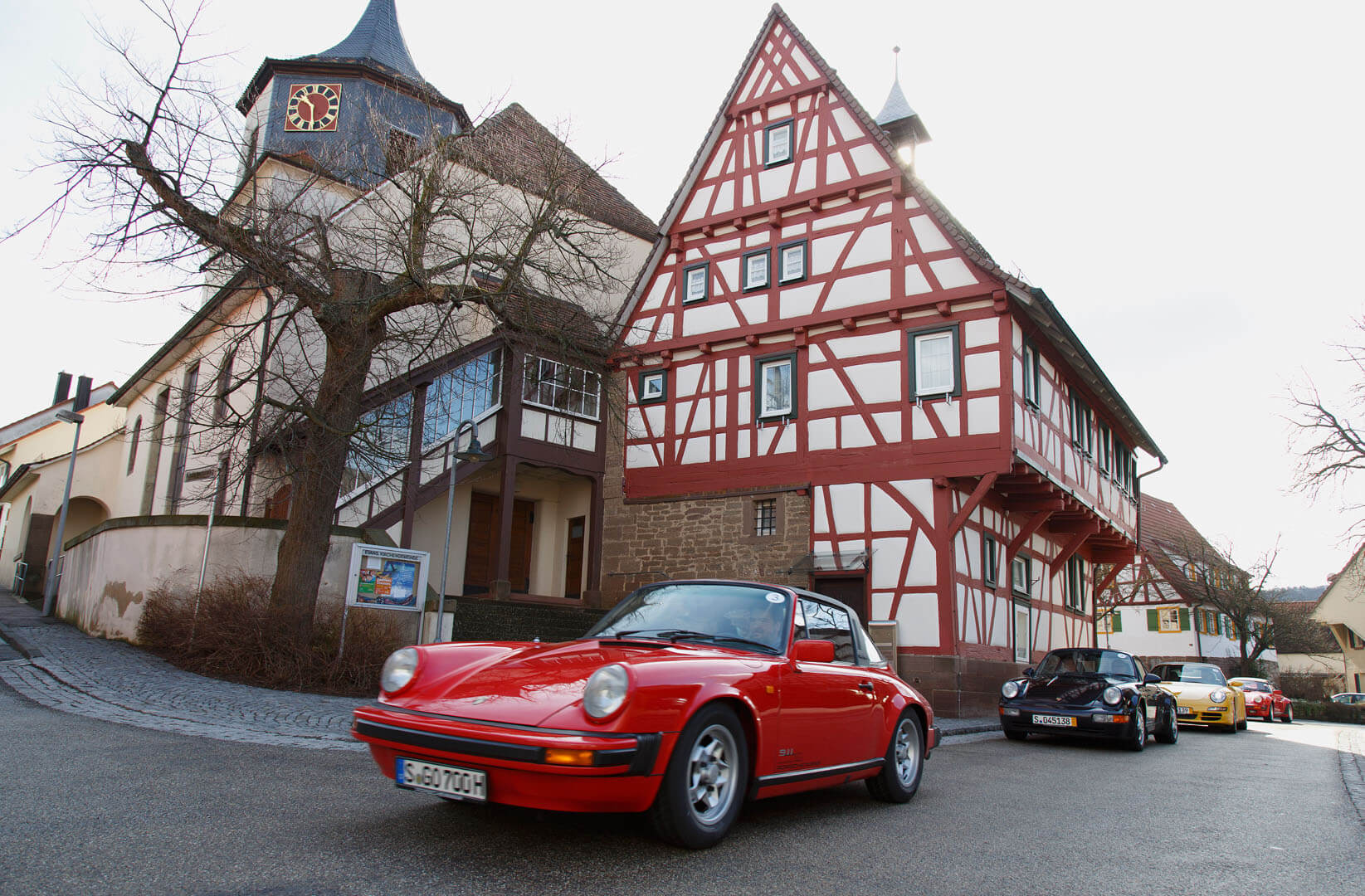 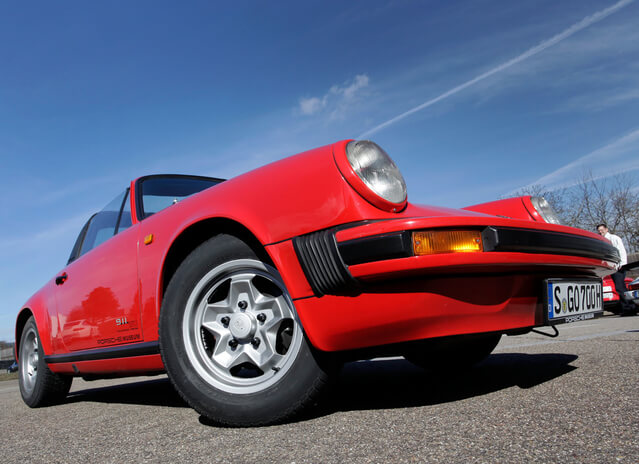 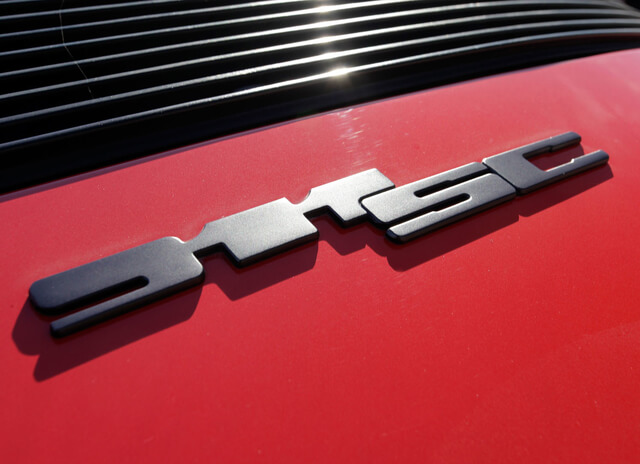 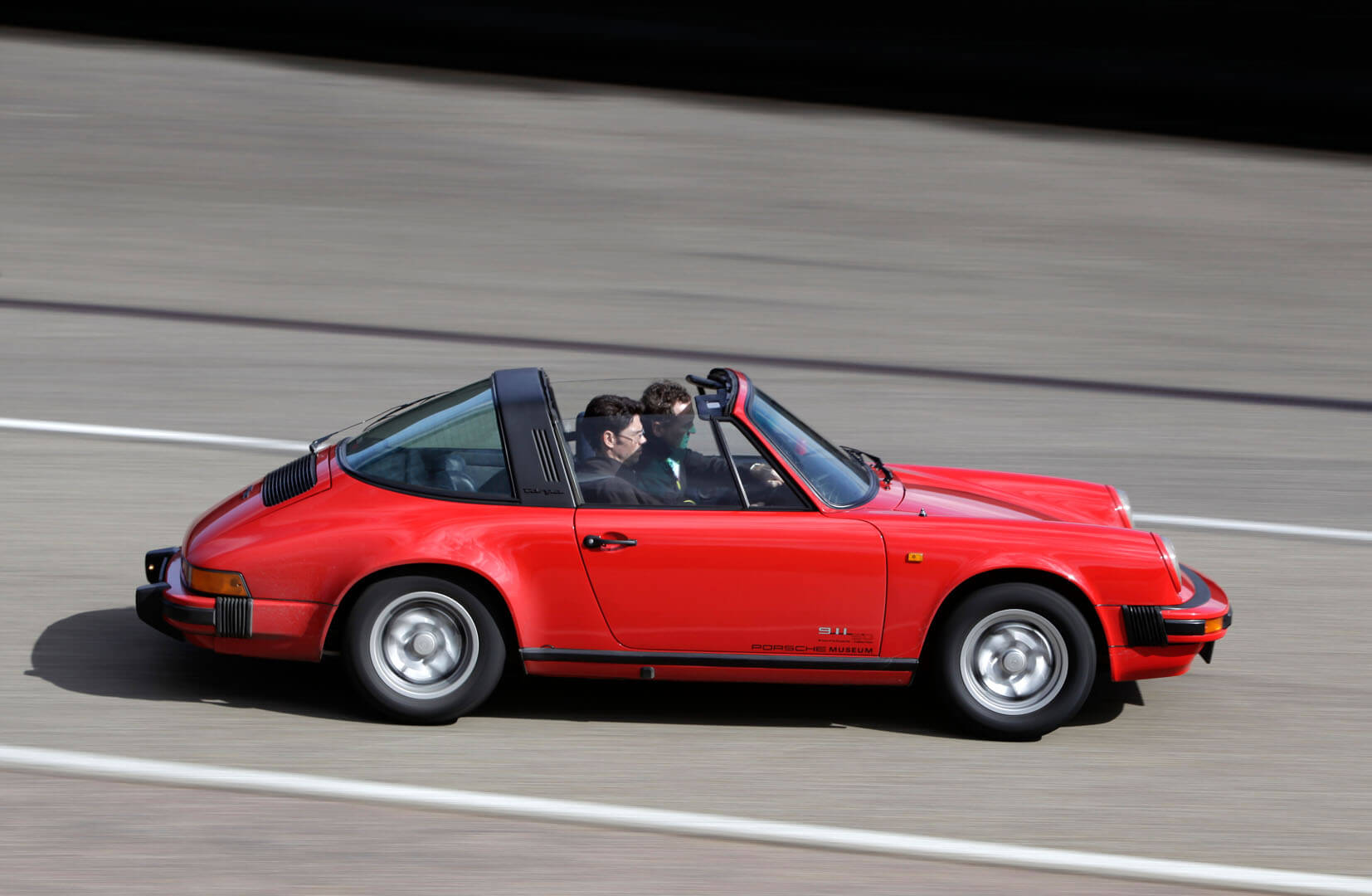 The earliest G-models with the magnesium crankcase may leak oil, the later cast aluminum crankcase is more stable. The 3.2-liter Carrera motors have hydraulic camshaft chain tensioners, and suffer none of the chain-related issues of earlier cars. On cars built before 1976 the bolts attaching the heads can rip out of the threaded holes in the block, or the thread on the bolts can strip, causing catastrophic engine damage. Blue smoke from the exhaust means worn valve guides. Heat exchangers and exhaust systems can cause problems, and K-Jetronic injection systems need specialist attention. The correct oil pressure is very important, especially on the Turbo: at 5500 rpm it should not drop below 4 bar. Watch out for cars imported from the USA: due to a different engine calibration, the motors are subject to higher thermal loads and wear out much more quickly. 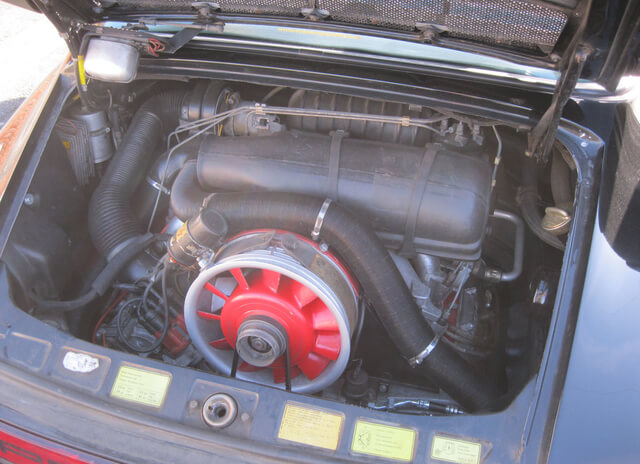 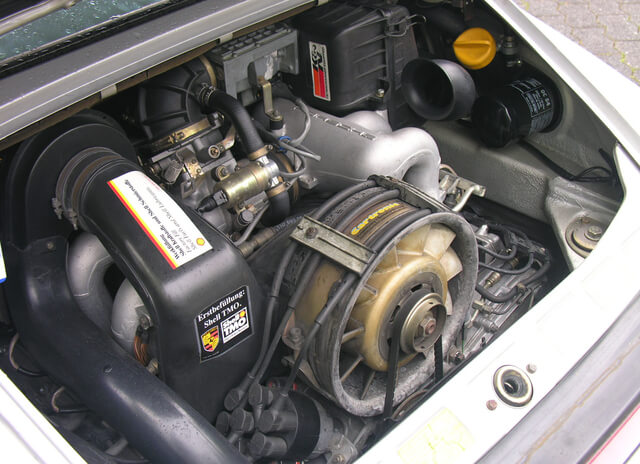 Cars with the G50 gearbox, as of 1986, have a hydraulically operated clutch, and if it becomes heavy, its mechanism needs a serious repair. Cars which are driven regularly must have had this issue addressed, but “collector” cars with low mileage carry a risk in this area. The earlier 915 gearbox requires a calm hand, due to its traditional Porsche-patented synchromesh, but some collectors prefer it. 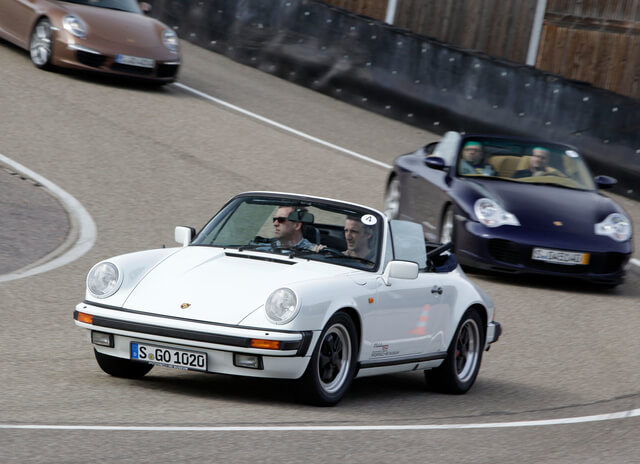 All the suspension parts must be in perfect shape, the alignment must be correct, the proper tires used etc., otherwise the G-series becomes much more difficult to drive than it has to be. Check the suspension attachment points for corrosion. hire a specialist if you have any doubts. Insist on a test drive: even if you do not have the knowledge needed to detect faults, at least you will find out whether you can live with this version of the 911. 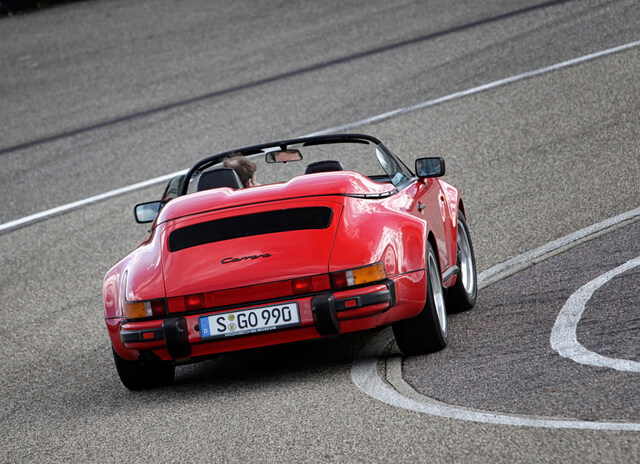 Cars built in 1974 and 1975 rust heavily, cars built in 1976 and later, due to zinc coating, generally are better. Most cars have had some sort of a restoration, but beware of cheap, superficial work: look for poor paint matching, uneven panel gaps and evidence of unprofessional welding. Ask a specialist to look at a car before you negotiate a price. Good restorations are expensive! Leaky seals on convertibles lead to a lot of hidden damage. 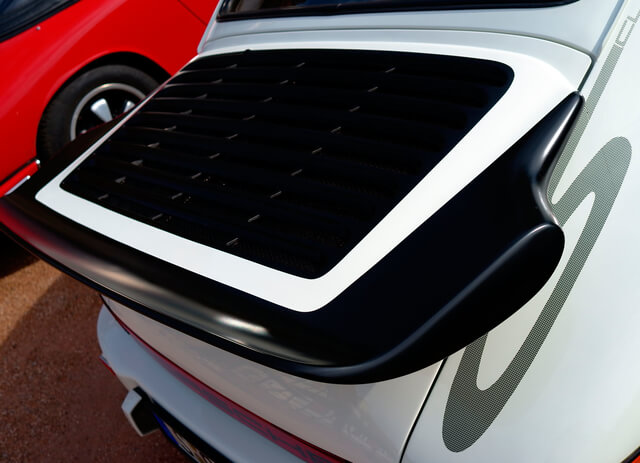 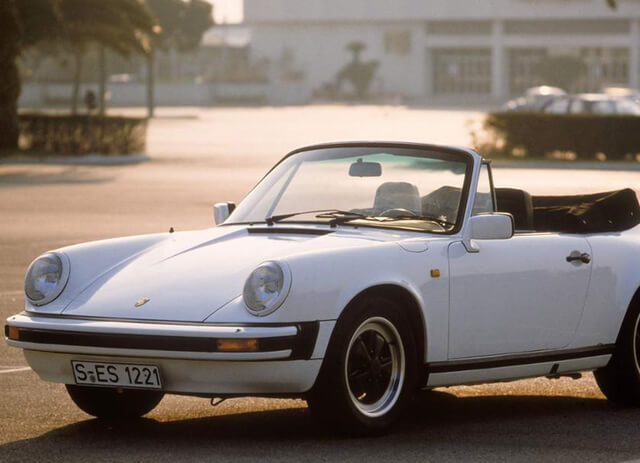 Look for UV damage to interior parts. Most parts are available, but are never cheap. Picking a car with a healthy, clean, undamaged interior will save money in the long run. I must admit to being a little biased here, because the G-series is one of my favorite iterations of the iconic Porsche 911. It is demanding enough to drive to focus your mind, scary enough to be considered a supercar and useable enough to be driven every day. Buy the best car you can find. Some versions, like rare Turbos and the Speedster, for instance, command ever higher prices and are very good investments: unfortunately their owners tend not to drive them at all…