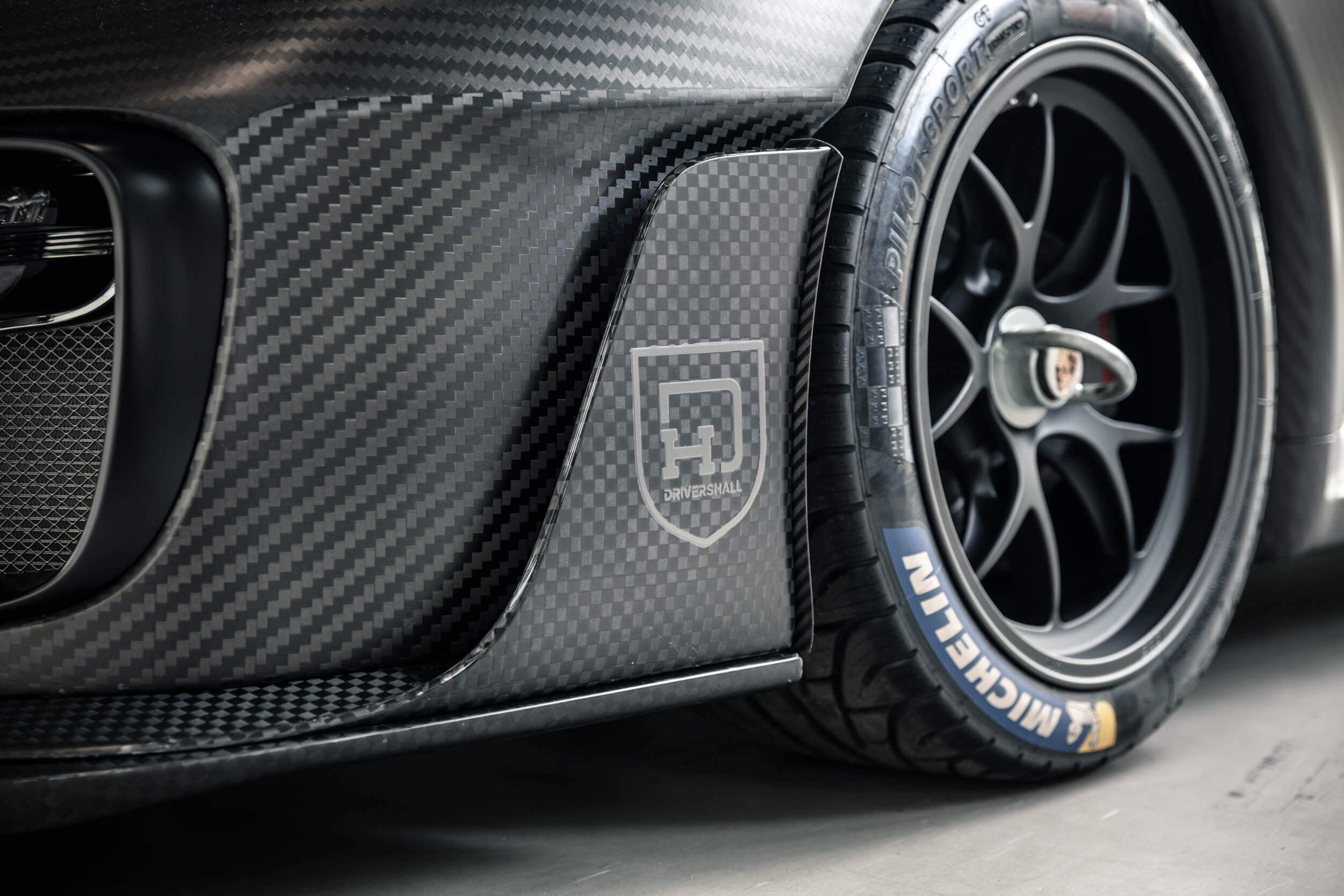 The LED taillights are shared with the 919 Hybrid LMP1 racer, side mirrors from the 911 RSR and titanium tailpipes harking back to the 1968 908/01. Production is limited to only 77 units and you can find this unique pure carbon-outfitted body only with DRIVERSHALL.

The car has a gearshift lever with laminated wood design, a carbon fiber steering wheel and the color display from the 2019 911 GT3 R, a safety cage, a racing bucket seat with a six-point safety harness, an optional second seat for the passenger, air conditioning, 6-piston aluminum monobloc racing front calipers with 380 mm (15.0 in) disc brakes, 4-piston rear calipers with 355 mm (14.0 in) disc brakes.

It is powered by the same 515 kW (700 PS; 691 hp) engine as used in the GT2 RS mated to a seven-speed PDK transmission. The power is transferred to the rear engine via a seven-speed Porsche Doppelkupplung (PDK) with rigid gearbox suspension at the 310-millimeter-wide rear axle. Like in the GT road models of the 911, the driver changes gears via conveniently positioned shift paddles on the steering wheel. Typical of the 911, the weight distribution ensures excellent traction and braking performances.

Like the road-legal 911 GT2 RS, the 1,380-kilogram 935 is equipped with PSM (Porsche Stability Management) including traction control as well as an anti-lock braking system (ABS). Thanks to a so-called map switch, these assistance systems can be adjusted separately or switched off completely, depending on the driving situation.

Please fill out the form below.