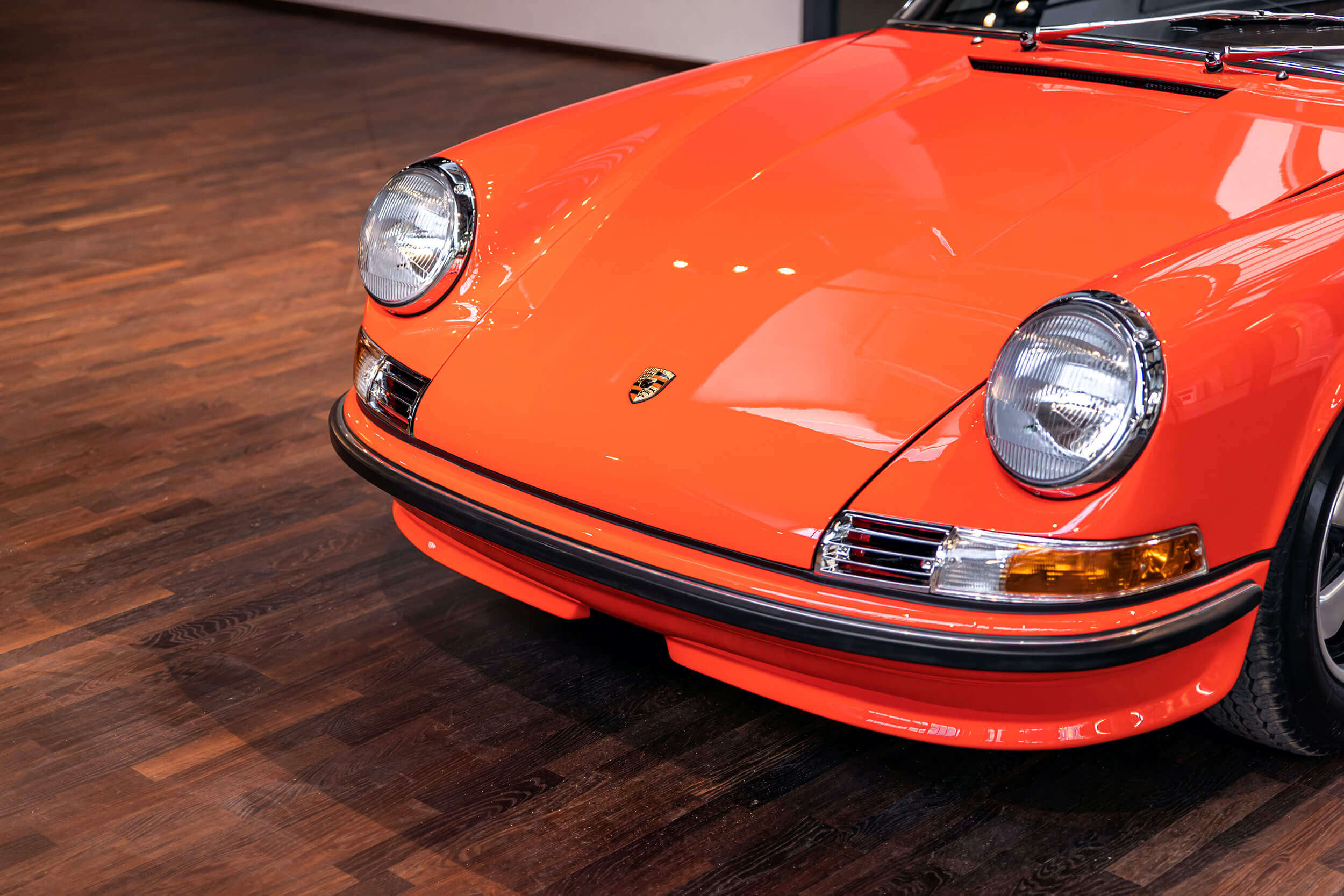 This iconic model needs no introduction. Since its launch in 1964, it has always been a synonym of the sports car, combining like no other in automotive history timeless elegance, sophisticated engineering, superb driving experience, and the owner’s material status acknowledgment. Perfect luxury performance car at it’s best!

In 1967 Porsche expanded the model range with the 911S where “S” stood for “Super”. This really marked the beginning of the 911 as a genuine performance car, both on the street and the racetrack. Easily distinguishable by its stylish Fuchs five-spoke alloy wheels, the “S” featured an air-cooled, flat-six 2.0 liter engine producing 170 HP with Bosch mechanical fuel injection.

By that time the three models of 911 were being offered by Porsche: the base model 911 T, the luxury 911 E, and top-of-the-line performance 911 S, all of which were available as either a closed coupe or open-top Targa.

The offered car has been painted in factory correct original blood orange (6809) over the original black interior making it an eye-catching piece. In order to achieve unmatched reliability, driver’s satisfaction and throughout quality this 911S underwent a complete, long-restoration process during which all the mechanisms and components were rigorously inspected, professionally repaired or exchanged if needed. The engine and the gearbox have been completely taken apart and overhauled, a new wiring harness has been installed, metal parts re-chromed, seals and rubbers exchanged. This Porsche is an all matching number car (engine and gearbox) originally delivered to a German customer (not a US-spec).

The car is in flawless, factory-like overall condition, both mechanical and visual, making it one of the best 911S out there on the market.

Please fill out the form below.